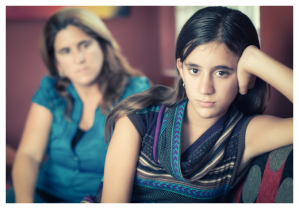 A funny thing happens on the way to maturity. The very children who looked at you as though you could do no wrong and knew everything, suddenly turn into people who scrutinize and criticize your every move and decision. I used to tell my children that I refused to submit my resume and qualifications every time I made a request to them to carry out some task or project. Yet, their attitude often resembled that of a prospective employer considering whether or not to hire me rather than those who were responsible to honor me.

Our culture contributes to this phenomenon. Almost everywhere you turn, social media, entertainment, and news outlets promote a radical individualism where people are more concerned with their preferences and desires than doing what is right in the eyes of God. However, Christian parents also inadvertently contribute to this behavior by relying on the sway they had over their children when they were little to continue into the maturing years to adulthood. A better course of action is to establish early on that when they obey their parents, they are actually obeying God and, conversely, when parents are disobeyed, God is the primary recipient of their disobedience.

Even into young adulthood there are many areas of life in which children are not experienced and need parental guidance. However, many parents become frustrated because their children act as though their parents are so out-of-touch that their insight does not merit the slightest consideration. As a result, parental lectures begin and even more frustration ensues, because children, who were already not listening, are now really not listening to what ends up being “background music” to their everyday life.

So how do you turn this “deafness” into useful instruction? One way is by reminding your children that they are responsible for obeying you and that you will follow through with the stated consequences of their disobedience. You may not immediately see a change in them, but you will have a greater sense of faithfulness to God in your duty as a parent by presenting and enforcing His law. Although you cannot make your children believe that God’s way is the best way, you can establish that as long as they live in your home, God’s law-word will be the operating standard.

Often this will bring about tirades about how uncaring, old-fashioned, and legalistic you are. Rather than try to persuade your children that you are doing this out of love, the steadfastness of your resolve will be a force that they need to reckon with. Since our culture supports the rebellion of children, it behooves parents to establish a network of trusted believers who can step in and act as a buffer during these trying times.

It is all too easy to presume that your efforts and sacrifices as a parent go for naught in seasons such as this. But, as someone who has gone through and emerged at the other end of these trying times, I can assure you that in the end your greatest consolation will be that you were found faithful before the Lord in how you conducted yourself. After all, it is His will that brings someone into the family of God, not yours. As His representative authority in the lives of your children, your task is to hold up His banner of truth rather than make friends with your children. As they experience the consequences of their own making, by God’s grace, they will recall the words you spoke (and lived) into their lives. (Prov. 22.6)

One thought on “Influencing Your Almost-Grown Children”