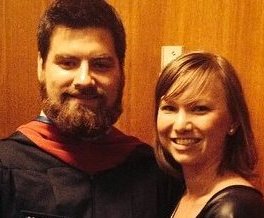 When many began their homeschooling journey, they assumed that, if they did what the “gurus” directed, all would be fine. At first it may have appeared there would be smooth sailing. Of course, this was the case because their children were young and didn’t have the opportunity or wherewithal to pick up and leave. However, some of these formula-reliant folks had a rude awakening when their almost-adult children began exercising prerogatives and choices different from their own. The formulas stopped working and they were left disillusioned and heart-broken. If they had younger children, still at home observing the situation unfold, the confusion and disruption was even more aggravated.

What happens when the motives may have been honorable, but the practices faulty? What is the outcome when people rely on the unexamined conclusions of others instead of striving to learn and apply God’s law across all segments of life? Can seemingly hopeless situations be redeemed?

I invite you to listen to an interview I conducted recently with a woman in her twenties. Her story is compelling and instructive. Most would examine her background and conclude that her parents did all the right things, yet the outcomes were less than preferable. Families with children of all ages can benefit from hearing her chronology from rebel to reconciled in an effort to confront those things that can derail the best laid plans.