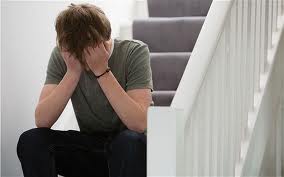 We live in an age of superstars. Whether it is sports, academics, entertainment or politics, at any given moment in time there is usually a “big name” that defines success in a particular area of life or endeavor. In such an atmosphere, where competition maintains an ever-present role, there are, almost by definition, more losers than winners. Since parents are not able to single-handedly alter the makeup of the society which their children have been born into, assisting them in their inevitable “defeats” is an important role of parenting.

Competition, and the resultant designation of 1st, 2nd, or 3rd place often gets a “bad rap” in Christian circles. In some homeschooling circles, competition is practically defined alongside immodesty or abuse. One hears comments such as, “Why do there have to be winners and losers? Can’t we just play and not keep score?’ Or another common refrain (usually uttered when a child has not performed well in some activity), “Well, we just want him to have fun.” Or “My child is just not a good test taker; she does not do well under pressure.”

Whether it is a game of checkers, chess, or monopoly, a golf tournament, or a speech and debate competition, there will be winners and losers. That’s how the games are set up and what makes them endeavors that have value above and beyond their outcomes. For in playing competitive games, we all learn how to win and how to lose within the confines of rules and allotted times. With the proper perspective, these excursions into competition help us to see how we act and react under pressure: Do we indulge in negative thoughts and self-deprecating remarks when things go poorly? Do we tend to blame others for our costly mistakes? Are we nasty when it looks as though we won’t prevail?

I’ve yet to meet anyone who likes to lose at anything, and yet if we as Christian parents neglect to prepare our children for the inevitable times of “failure” by sheltering them from contests which not only test their ability to perform, but also their underlying character qualities, we leave them unprepared for the contests they will face as adults and in their God-given callings. So, along with the subjects you have as part of your core curriculum, I strongly advocate some activities that require your children to have to competitively perform in some area (music, drama, sports, etc.) and where they will be objectively judged by the quality of their performance and by the audience they perform in front of. Knowledgeable parents will learn to expect that initial attempts won’t result in a perfect score or outcome. Relish these times as teaching moments for you and your child to determine his strengths and shortcomings in the activity. Was anger a part of the poor performance? How about lack of adequate preparation? Was another competitor just more skilled and more experienced? Did failure to abide by the rules result in the defeat? Answering those questions takes the “mystery” out of winning and losing and relegates it to its proper role – how one fared in a particular contest in relation to the standards of that activity.

I spent a good portion of my summer months taking my daughter to golf tournaments. When we arrived at the golf course, before we exited the car, I reminded her that whether she scored a 68 (that would be a great score in golf) or a 108 (that would be a really bad score for her at that point), I would promise to take her home, feed her dinner, and allow her to sleep in her room. (As ridiculous as this may sound, not all parents were this easygoing!) I also would remind her that her salvation was not at stake, although her Christian witness was. Then, when the competition was over, we talked at length about how she performed and what areas she could improve upon. Most importantly, we evaluated whether she let her light shine before those in attendance so that they would see her good works (demeanor and attitude toward fellow competitors, their parents, and the officials) and glorify her Father in heaven. Over time, her performance on the course improved, as did her ability to deal with interim failure, admit her mistakes, and receive constructive criticism.

Most successful people I’ve spoken to or read about admit to learning much more about themselves through their failures than through their successes. In a very real sense, one can’t really be prepared to succeed if one is afraid to fail. For God’s people to succeed in the tasks He has laid before us, we need to practice engaging in challenging contests, living with the outcomes, and learning from the particulars. Only then will making disciples of all nations be something we can pursue with excitement and the confidence that ours and our children’s less-than-perfect results are not really failures, but successes-in-training!

Know ye not that they which run in a race run all,
but one receiveth the prize? So run, that ye may obtain.
(1 Corinthians 9:24)

One thought on “Helping Your Children Fail”