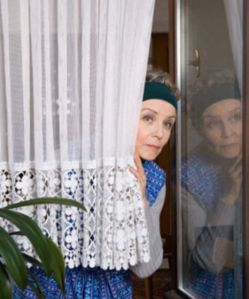 If you are like me, you have always assumed the phrase appearance of evil (1 Thess. 5:22) has to do with conduct that might be construed as outside the bounds of godly living. The problem with this is that it uses one definition of the word “appearance” which means an outward show. That is not the meaning in the Bible. A Biblical definition of appearance is the exhibition of a person and the character of that person before God.

Thus, in some circles, a man and a woman spending time together alone may be frowned on because other people might get the “wrong idea.” What this promotes is the paradigm of living our lives before men rather than before God. In this case, if the man and woman are pure in heart (love God and keep His commandments), being alone without any other person present is not in and of itself evil, or necessarily going to result in sin. Their conduct in that situation is to be judged in terms of God’s Word and not whether or not someone could construe their behavior as inappropriate (evil).

In an age that has dismissed God’s law as irrelevant, too many church people are more concerned about how things appear to others rather than behavior that the Bible allows. We are to be a self-governing people, cognizant that God is always privy to our thoughts, speech, and actions. We must remember that He is our primary audience. If what we are doing is righteous according to His law-word, then we need not concern ourselves over what others may think or conclude. If we shun the appearance of evil rather than evil itself, we are becoming practical hypocrites, more concerned with how we are viewed by men than how we are viewed by God. If on the other hand, our foremost concern is to honor God by keeping His commandments, then we will not be enslaved to the rules of men.

Does this mean that we should be reckless in our behavior? Not at all. We don’t take our liberty to obey God to mean that we trample on weaker brothers and sisters in the faith, confusing them by our actions (1 Cor. 8:9). Our motives for anything that we think, say, or do, need to be governed by the Kingdom principle to seek God’s righteousness in everything, knowing that by doing so, we will receive blessings from Him.

As we teach our children the bedrock principles of the faith, we need to make sure they get the concept that God and His Word are always to be part of the equation of anything that we do. Living a deliberate Christianity is what we should be striving for, in ourselves, and in our children. Then, like the psalmist, we can pray with a holy boldness as we bring our petitions to God,

The eyes of the LORD are upon the righteous, and his ears are open unto their cry. (Psalm 34:15)

One thought on “The Appearance of Evil”